Why Maryse Wasn’t in Divas Battle Royal on Raw 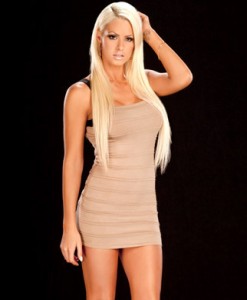 Conspicuous by her absence tonight in the Divas battle royal tonight on Raw was former Divas Champion, Maryse. Well, we now know why.

Maryse revealed on her Twitter page that she is due to undergo surgery for an abdominal hernia, and thus won’t be seeing in-ring action for a while.

The Raw Diva was last seen in action last week on Raw in a tag team match.

Despite being on the sidelines wrestling-wise, fans can still see Maryse as co-host of NXT on Tuesdays.

Best wishes to Maryse on a speedy recovery and successful surgery!