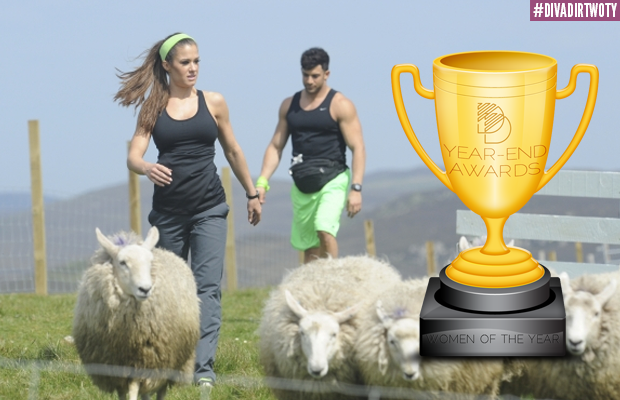 Well, she might not have done a lot in wrestling this past year, but Brooke Adams made headlines in a much different way. In a time when TNA needed positive publicity the most, Brooke and then-boyfriend Robbie E got an opportunity to compete on CBS’s critically acclaimed, hit reality show The Amazing Race. Along with ten other teams of two, Brooke and Robbie were given a chance to race around the world for a $1,000,000 prize.

Surprising themselves as well as the rest of the audience, Brooke and Robbie managed to overcome a sluggish start to make it all the way to the final leg of the way. They were put up against the teams who had dominated the race and one underdog team, and unfortunately for Brooke and Robbie, they were the first team knocked out of the finals.

It’s always been said that it’s not how you start, it’s how you finish and Brooke managed to make a lasting impact. She was funny and competitive, at times obnoxious and negative. But no matter what, she always gave it 110% regardless of what the challenge was. Her personality was on full display and even through they didn’t win, Brooke and Robbie did TNA proud.

Sometimes it isn’t about making headlines for your accomplishments inside the ring, but 2015 looks promising for Brooke. With TNA’s new television deal, she’s announced her return to the ring. She’s always been the type to improve with each and every match and to be honest, we can’t wait wait to see what she brings to to table. Matches with Taryn Terrell and Havok please!!!!