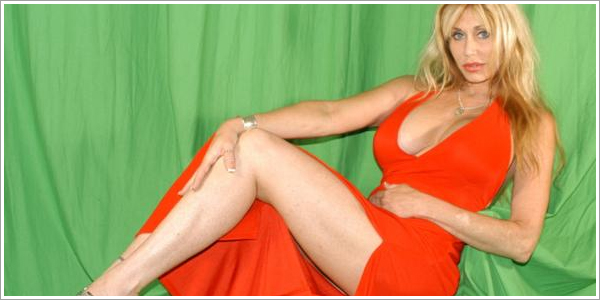 Wrestling’s self proclaimed first lady (oh please), Missy Hyatt takes center stage on this week’s Heyman Hustle… as the tables turn on the former ECW head honcho, as he’s the one who gets hustled! Missy has been employed by all three major brands: WCW, ECW and even a short lived stint in WWE where she hosted her own talk show, “Missy’s Manor.” Missy and Heyman haven’t always seen eye to eye, regardez:

â€œIs it any wonder that this woman walks away with a pair of 44DDD’s and NO ONE NOTICES because all she does is yack yack yack yack yack? I’ve never seen anyone kill their own sex appeal as much as Missy… Oh, don’t get me started!â€

As annoying as she is (and as smacked out on crack as she looks), Missy is pretty hilarious on this episode of the Hustle. Among the craziness:

Anyway, think Janice from Friends but as the lead character and not a supporting one! Be sure to check it out by clicking here. Someone give this girl a reality show or a sitcom!