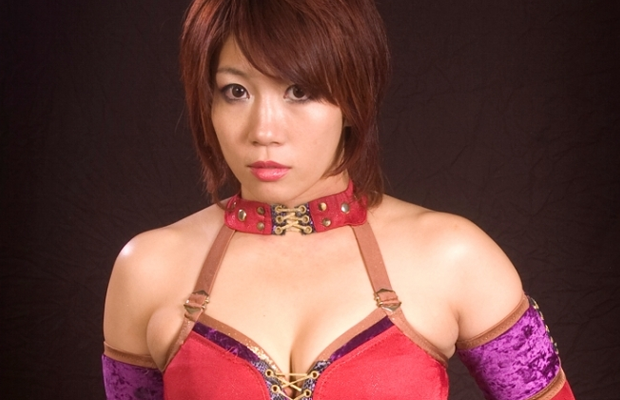 The WWE has confirmed the signing of Kana, breaking the news in an official press release.

The announcement, made first in Kana’s home country of Japan, reveals that she will keep her current ring name and report to the WWE Performance Center later this month.

Kana’s signing has been rumored ever since she appeared at ringside during NXT TakeOver: Brooklyn on August 22nd.

Throughout her 11-year career, Kana has collected countless accolades, wrestling for every major women’s promotion in Japan and making a splash in America with SHIMMER. Her most recent SHIMMER appearances came during last October’s tapings, where she unsuccessfully challenged Cheerleader Melissa for the SHIMMER Championship.

Read the full press release below, courtesy of WWE.com:

WWE® ANNOUNCES THE SIGNING OF KANA

Over the course of her 11-year career, Kana has become one of the most exciting women ever to compete in Japan. She has appeared in many organizations throughout the country and has held multiple championships. Last month, Kana made a surprise appearance at NXT Takeover: Brooklyn, sitting in the audience ringside next to WWE Hall of Famer “Nature Boy” Ric Flair®.

“We are very excited to have Kana join the NXT roster,” said Paul Levesque, WWE Executive Vice President of Talent, Creative and Live Events. “Her exciting in-ring style will make an immediate impact on the already impressive NXT women’s division.”