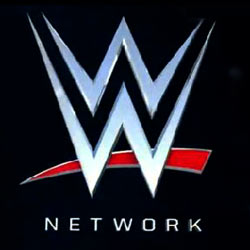 WWE revealed plans last year to film a Divas road trip reality show for the upcoming WWE Network, but news has been slow on that front in 2012.

Now, however, WWE’s chief marketing officer Michelle Wilson has offered an update on the progress of the network and mentions a Divas reality show.

The original concept for the show when revealed last October was to have the Divas filmed on a tour bus traveling from city to city for WWE events. WWE reportedly trademarked the name “Heels on Wheels” for the show.

In an update on the WWE Network, Wilson tells the Stamford Advocate: “There will be a WWE network in some shape or form. We are in late-stage negotiations with distributors. Getting a distribution agreement for a cable network is not easy.”

Wilson says that despite reports that the network was due to launch on April 1st (coinciding with WrestleMania 28), “there never was a deadline” for the network’s launch.

Speaking on programming for the network, Wilson adds: “They just got done shooting a reality show, `Legends House,’ where eight of our superstar legends live together in a house in Palm Springs, Calif. Another reality show will feature our WWE divas. We did a lot of research on what our fans want to see. We’re developing new shows taking advantage of our amazing library.”

It looks as though WWE is still pursuing the Divas reality show idea, but will it be the same as the original format?