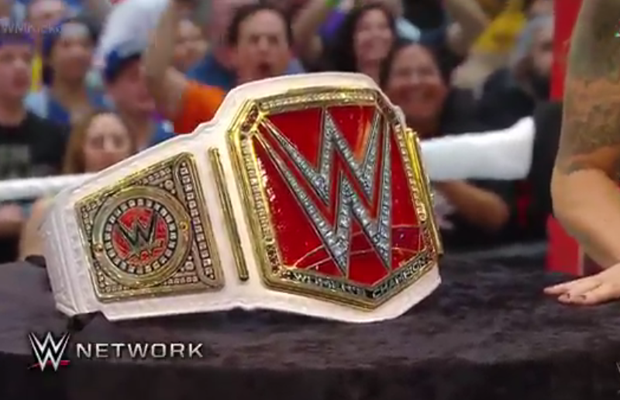 WWE Hall of Famer Lita made the announcement on the WrestleMania 32 Kickoff, revealing the new WWE Women’s Championship in the middle of the ring. She confirmed that the winner of tonight’s Triple Threat match between Becky Lynch, Charlotte and Sasha Banks will hold the new title.

Before making the big reveal, Lita took the audience on a journey from the beginnings of the division to the Divas Revolution, making the case for the women to no longer be considered just Divas, but WWE Superstars.

The rumored rebranding of the division was implicit in Lita’s speech, which sought to elevate the Divas beyond the tired stereotypes and treat them as competitors equal to men.

What do you think of the new belt?