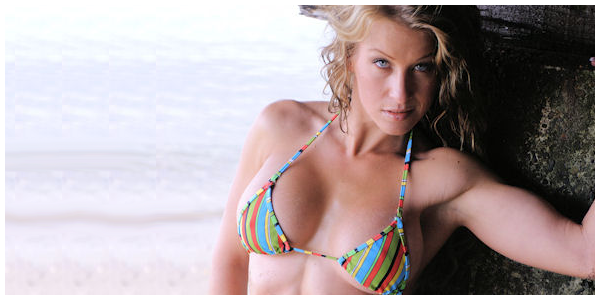 WWE has signed a new developmental talent in model, Melyssa Buhl. The 26 year old is from Vancouver, British Columbia in Canada.

Melyssa has updated her Model Mayhem profile (which is like a MySpace for models/photographers) etc., noting that she will be entering a contract after October 14th and will not be able to take on anymore work after that.

Furthermore, several comments on her page from other users congratulate her on signing with WWE.

You can see here profile here.

Thanks to Casey for the tip.

UPDATE: Melyssa wrote to LordsofPain.net, who also reported that she had signed with WWE, disputing the news. She wrote:

I was just forwarded a link to ur page and read about me signing with the WWE PLEASE REMOVE this at once!!! I have not yet signed ANYTHING and simply mentioned that i will be entering a contract and will not be shooting!! Please Please remove it now!!!!

Take that for what it’s worth.