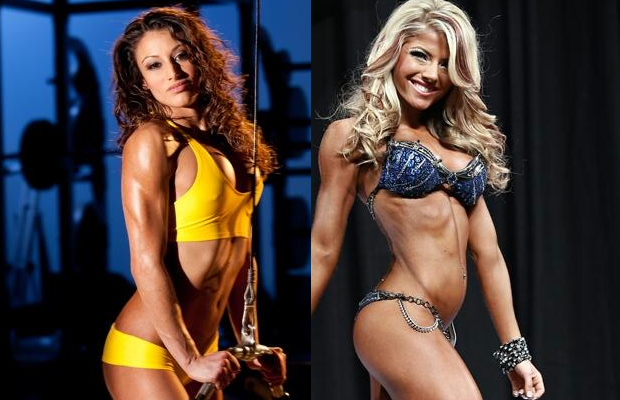 The WWE has added two new developmental Divas to their ranks.

Much like Aksana and Divas Champion Kaitlyn, both are from the professional bodybuilding world and compete in major bikini contests.

Christina Vargas (left) is 28 years old. A former three-year Track and Field captain in high school, Vargas started training at the age of 19 and began competing in 2007. Vargas won her IFBB Pro status at the Junior Nationals in 2009. She has competed in the IFBB as both a Figure and Bikini contestant and is one of the few to make the successful transition from Figure to Bikini contests. She won the 2011 Houston Pro Bikini, which qualified her for the Olympia. Christina has been featured in the likes of Muscle & Fitness, Muscular Development and Ironman Magazines. Vargas also dabbles as a R&B singer.

Alexis “Lexi” Kaufman (right) is 21 years old and from Columbus, Ohio. Kaufman became a competitive gymnast at the age of 4 and transitioned into high-school cheerleading later in life. After winning a national title in individual all-star cheerleading, she was featured on the cover of American Cheerleading Magazine as their cheerleader of the month in September 2008. She began training in 2010 and achieved IFBB Pro status at the 2011 North Americans. Lexi is a Bikini contest competitor who recently placed 14th at the Arnold Classic. Like Vargas, Kaufman also has had exposure in bodybuilding magazines. She can also be seen in supplement ads for FINAFLEX.

Lexi has already reported to NXT and did some ring announcing at one of their live events two weeks ago.

What do you think of these new signings?