WWE teases Summer Rae as the General Manager of RAW 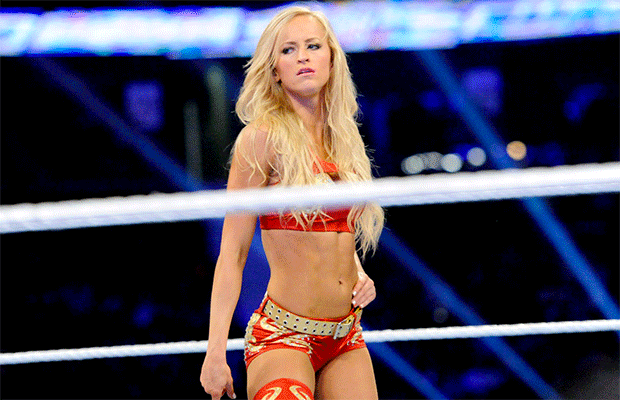 With the recent incident of Mick Foley being stripped off of his position as RAW General Manager this past Monday night, names have been flying around regarding who will take his position.

Cathy Kelley took to WWE.com to discuss the issue, and one name was pretty apparent: Summer Rae!

In the video posted on WWE’s website, Kelley talks about how fans are rallying behind the former First Lady of NXT. We see a tweet reminding WWE that the blonde bombshell was a general manager over at FCW, the predecessor to NXT.

A tweet shared by Summer herself is also shown in the clip, and it appears that Summer is equally as eager to get involved with the role as well.

The last match that Summer Rae competed in was during the SummerSlam Heatwave Tour on August 14th, 2016. Here she competed alongside Natalya in a losing effort against Becky Lynch & Naomi.

Rae’s latest televised appearance however was on the July 22nd edition of Superstars, where she’d defeated Alicia Fox via pinfall.

Would you like to see Summer Rae as General Manager of RAW? Who else do you think would fit the role? Let us know your views in the comments below!