2009 is now over and we are celebrating with our second annual Year-End Awards. This year, we have had thousands of votes as you have voted for the top Divas, Knockouts, matches and moments of 2009!And now it’s time to reveal the winners.

Continue for the result:

And the winner is… 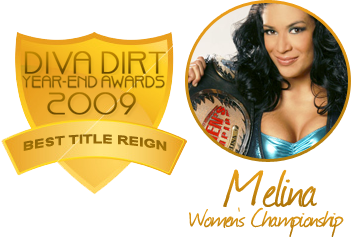