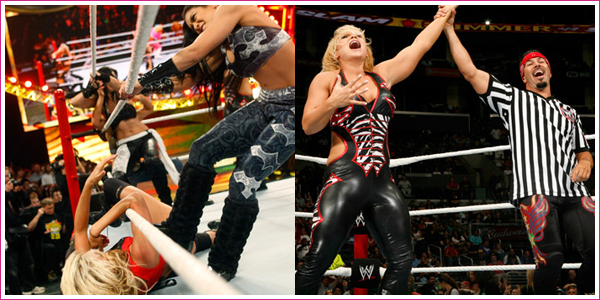 The Divas will get to represent at SummerSlam in a pre-show 15 Diva battle royal that will be exclusive to the SummerSlam DVD. This was confirmed in WWE Universe’s Live Chat just moments ago.

We’ll have results from the match later tonight hopefully.

EDIT #2: According to the Live Chat the battle royal has already taken place, though it hasn’t aired from where I’m watching. Most of the Divas are involved except Michelle McCool. Beth Phoenix won, after special guest referee Chavo pushed Eve & Kelly Kelly out of the ring and raised her hand in victory. After the match, all the Divas turn on Chavo before Hornswoggle comes out and hits a tadpole splash.