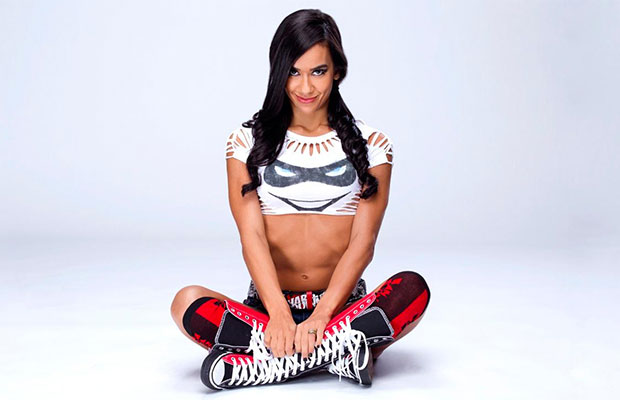 For years the Geek Goddess has kept her illness a secret, but has revealed her hardships on a blog post on her website, titled ‘Silence, Interrupted’.

Ahead of the release of her book, ‘Crazy Is My Superpower’, the author gave some detail as to why she chose that particular name for the book. In the blog post it is revealed that Brooks was diagnosed with bipolar disorder when she was “barely out of [her] teens.”

“I always believed crazy was a bad word. Politically incorrect. Insensitive. Offensive. Taboo. As a child I once flippantly used it to describe my family’s battle with mental illness, and was met with scandalized stares. How could I be so casual about something so serious? What kind of wicked girl could joke about something so tragic? So I removed the word from my vocabulary. I trained myself to fear it, to be ashamed of it.

Society told me mental illness was a burden to be carried solemnly and, more important, quietly. In silence, family members tried and failed to tighten their ever-loosening screws. And in silence I stood by as the illness ravenously consumed the person I loved the most. Being quiet got us nowhere. Ignoring the problem only helped to fan its flames. And just when I began to understand what this illness was truly capable of, it came for me.

I was diagnosed with Bipolar disorder when I was barely out of my teens. Like our olive skin tone and caterpillar eyebrows, I guess it just runs in the family.

By definition, it is a mental disorder characterized by alternating periods of mania and depression. In less scientific terms, it is a real asshole. The disorder strips a person of control. Those affected experience unexpected and unwarranted highs that can increase adrenaline, paranoia, and recklessness, and lows that induce panic attacks, relentless sobbing, and overwhelming lethargy. A person’s heart, mind, and actions either become amplified to a dangerous degree or unrecognizably distorted.

When I was diagnosed I believed my illness would be my great, lifelong weakness. Bipolar Disorder was to be my impenetrable prison, and I would be locked up with it in a castle Princess Toadstool style. Thinking there was no way out, I let it consume me. After witnessing how powerfully it had ravished those I loved, I had assumed that was my only choice. To give in. To give up. I used it as a patsy for embarrassingly bad behavior and dangerous decision-making. I let it take everything until I had almost nothing left to give. I let it be my fatal flaw.

But the interesting thing about “flaws” is that they truly are in the eye of the beholder. Weakness can turn into strength with just a simple shift of perspective. You get to choose. One day I made the choice to stop throwing myself a pity party. I chose to stand up and fight. I would embrace what society taught me to shun. What was once my shameful secret was going to become my secret weapon.

When I harnessed its seemingly uncontrollable might, I realized Bipolar disorder’s powers could be used for good. My diagnosis didn’t have to be an affliction. It could simply be the gift of extraordinary emotions. When a loved one hurt, I could feel their pain with every inch of my skin through my super human ability of empathy. When I witnessed injustice, my anger was transformed into righteous indignation, and nothing could stop me from raising my voice. My passion-fueled soul convinced me to jump into life headfirst, without overthinking. When I was scared, my super-sized heart reminded me I could be invincible. When I doubted myself, my overachieving mind made me believe I was capable of flying. And when I desired something, there was not a person on earth who could hold me back. I could walk through fire if it meant making my dreams come true.

That is the gift being bipolar gave me. It blessed me with a lofty imagination, an iron will, and an unbreakable belief in the impossible. I used my gift to take myself from being homeless to being an athlete and entertainer on international television. I became a woman with a mission.

But what good is a secret weapon if it only serves me? Now it is time to reveal my secret identity. I am Bipolar and I am proud.

And that is why I wanted to write a book. To shine a light on mental illness, to be vulnerable about the days I let it take control and paid dearly for it, and to tell anyone fighting a similar battle: You are not alone. You are not broken.

Putting my past on the pages of Crazy is My Superpower was beyond terrifying. But I promised myself I would break the tradition of silence. No mission has ever felt this personal. This book is my raw, uncomfortable truth. Each word, my blood and bone. I am so grateful to be able to tell my story.

I hope to be a resource for those fighting similar battles against mental illness. Even if your battle is a different one, my message to you is the same: Embrace your crazy, your imperfection, your weakness–whatever it may be–because it is the most special thing about you.

I have been labeled a lot of things in life; Nerdy, loud, short, stubborn, impulsive, freak, crazy- everything I was told should be my greatest insecurities, weaknesses, my biggest roadblocks- turned out to be my greatest strengths. I didn’t become successful in spite of them, I became successful because of them.

I am no longer afraid to be called crazy. Crazy is my superpower. What will yours be?”

AJ’s autobiography, titled ‘Crazy Is My Superpower: How I Triumphed by Breaking Bones, Breaking Hearts, and Breaking the Rules’, will be released on April 4th, 2017, and can be pre-ordered now.

What are your thoughts on AJ’s news? Will you be buying her book? Let us know your views in the comments below!