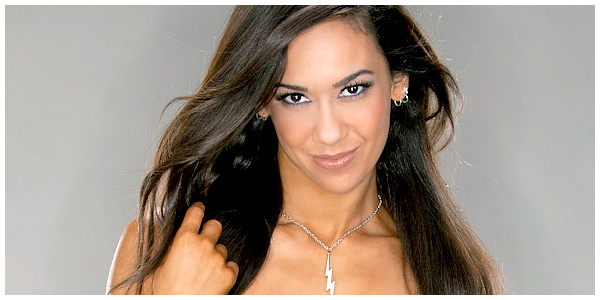 It’s a case of so close yet so far for NXT Rookie Diva AJ.

The Rookie Diva, who was mentored by Primo on NXT, was eliminated tonight just a week away from the final.

One of the fan favorites to win this season of NXT, AJ made waves in FCW as Queen of FCW, putting on showstopping matches with fellow rookie, Naomi and former WWE Diva, Serena. AJ was also known for her run as Tag Team Champion in WSU, alongside Brittany Savage.

AJ has put on some of the most critically acclaimed matches on this season of NXT, including her impressive bout with Naomi tonight, so her elimination come as a surprise to many. After her elimination was announced, AJ gave a passionate, heartfelt speech, before breaking down as she made her way up the ramp.

Just two NXT Rookies — Naomi and Kaitlyn — remain in the running to become WWE’s next breakout Diva on the season finale next week.

Was the right person cut? Sound off in the comments…