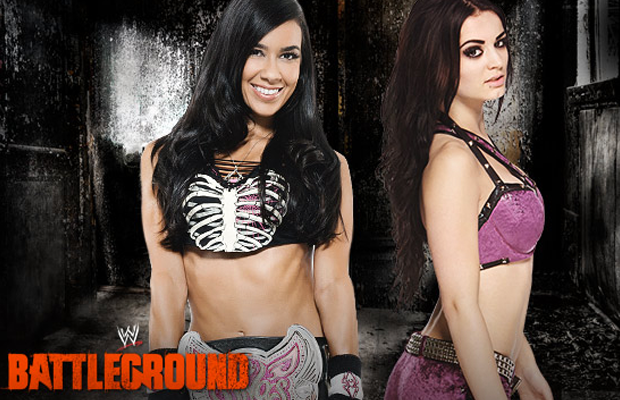 Tonight on SmackDown, a Divas Championship match was confirmed for Battleground.

AJ Lee will be defending the title against Paige, whom she won the belt from just weeks ago. The match has been added to Battleground’s official card.

Who do you think will win the match?