Alexa Bliss is featured on “My Daughter is a WWE Superstar” 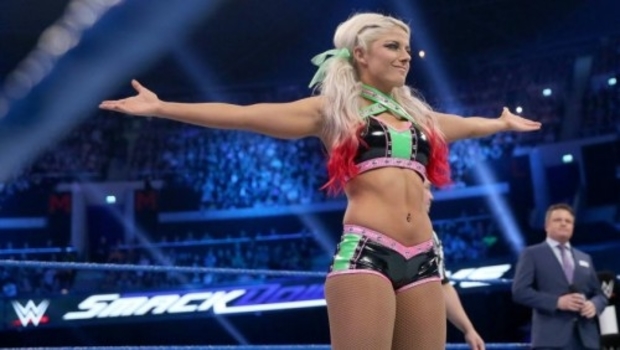 Little Miss Bliss is making waves wherever she goes and this week she’s featured on WWE’s new mini documentary series “My Daughter (or Son) is a WWE Superstar.”

The video chronicles Alexa Bliss‘ life growing up, from her days in Ohio with her family to her training in gymnastics and various other sports and disciplines.

She explains why she loves Disney so much, elaborates on her close relationship with her mother, and goes more in depth about her previous eating disorder. Alexa says it got so bad, she almost died and her family was instrumental in overcoming anorexia. She would relapse but would come back aiming at gaining weight the healthy way. Body building is what helped her overcome.

She also discusses how Rey Mysterio inspired her to wrestle and how she approached her parents with her idea of joining WWE. The documentary features her reluctance at sticking with training and how she got through her toughest battles.

The video ends on an emotional high note, after she captures her first Women’s Championship on SmackDown.

Watch the full episode below:

What did you think of the episode? Who would you like to see featured next? Sound off in the comments below.