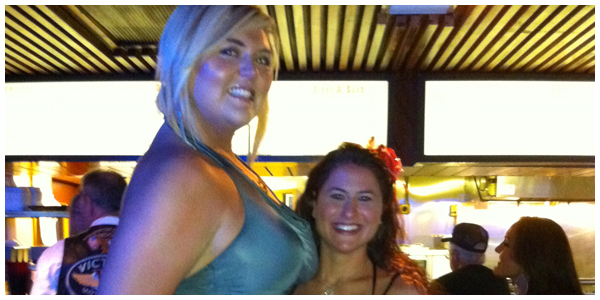 An Open Letter to my Fans and Friends:

I’m posting the link because the pictures are already out there, so there’s no point in trying to hide them. I find them embarrassing, not because they’re particularly “erotic”, but because I was overweight and out-of-shape when they were taken five years ago and because they’re amateurishly shot. I’m sure everyone who’s reading this has some pictures somewhere that you’d rather not have published on the Web for the whole world to see. Unfortunately, part of the price of celebrity is the fact that people dig around in your past to try to find ways to exploit you as a means of increasing their own readership.

To put these pictures in their proper context, I was an 18 year old kid at the time most of them were taken. I had recently left home because I was being abused by my mother’s new husband and was on my own with no money and no parental guidance. I met a photographer who offered me some money to take pictures and being both stupid and desperate, I consented to doing a photo session. To all those who would judge me, I would ask you to honestly ask yourself what you might have done had you been in my situation. I’m not proud of having done this, but there’s nothing I can do to go back and change the past. It is what it is. For what it’s worth, none of the pictures are nude and most of them are less suggestive than what you see on current WWE programming. For example, here’s a link to a recent video shot at FCW when Aksana was first introduced:

I’m not mentioning this to criticize Aksana or WWE in any way. I’m merely trying to put all of this in context.

When I first received my offer from WWE, they asked me to fill out a “Talent Information Form” providing them with information about myself and my background. One of the questions was, “Have you ever posed nude?”. I answered “No” to this question, because that’s the truth. If they had asked me if I ever posed suggestively, I would of course have answered “Yes”, but there’s a big difference between suggestive and nude. As to the question of whether this was why they took me off the show, that’s something you’d have to ask them. Perhaps it was a factor in their decision, but I honestly don’t know their entire thought process, as they’ve communicated very little to me about this. From what I’ve been reading on various blogs, it seems that they may have had a political motivation to get me off the show, but again, you’d have to ask them.

I wish all of you the best and thank you for your support.