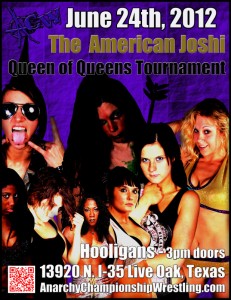 Eight talented women will all compete for the right to be called the “Queen of Queens”.

Results from the show are coming to you thanks to Dave Muscarella and ACW: