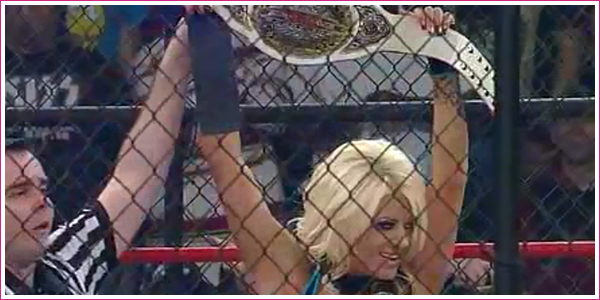 At last night’s Lockdown pay per view, TNA crowned a new Knockout Champion in Angelina Love of the Beautiful People. Love defeated previous champion Awesome Kong and Taylor Wilde in a triple threat match inside the Six Sides of Steel.

In recent weeks, the Beautiful People have upped their game in the Knockouts division with the addition of Madison Rayne to the team and it looks as though Kong is now a tweener, making them the top heels in the division.

With her victory last night, Love becomes only the fourth Knockout to hold the title.