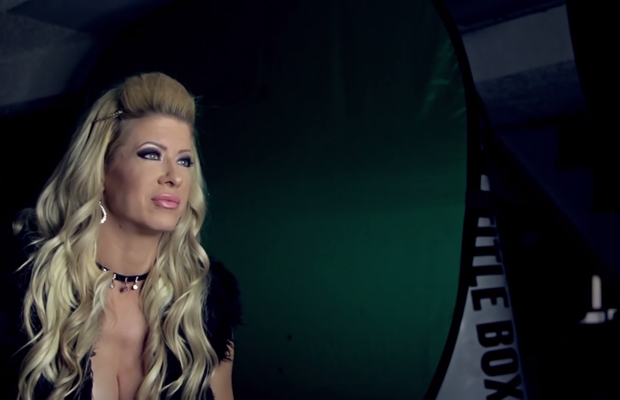 Earlier this year, Angelina Love made her return to Impact Wrestling alongside her husband Davey Richards. Since coming together onscreen, the “Natural Born Killers” have struck a personal feud with Davey’s former tag team partner Eddie Edwards and his wife Alisha.

In a short documentary with Qwality TV, the couple open up about their return to Impact, the opportunity of working and thoughts on the current Knockouts division. Highlights of Angelina’s interview below:

On her ten year stand with Impact Wrestling: “I was really able to have an opportunity to make a name for myself in TNA doing the Beautiful People, setting the record for winning the Knockouts Championship six-times and I’ve actually had a very long career there. I’m going to be entering 10 years close to the end of this year. It’s a very big thing for me to have been able to travel the world, win the championships that I’ve won and done what I’ve done because I just grabbed the ball, not that I was even given the ball. I grabbed the ball and ran with it.”

On working alongside Davey on television: “It was a wonderful opportunity. I’ve pretty much done everything in TNA, being everything and this is actually an opportunity to do something that I haven’t done before but always wanted to do. A wonderful opportunity for myself, my husband, for our family. It would be really fun if we could take the ball and run with it, which I love to do. It was going to be something that we really enjoyed and that we could make bigger than anything we’ve done yet.”

Her message to the current Knockouts division: “If they aren’t already on their toes, they better be. You know, I helped start this division back at the end of 2007. I’m still around and still pioneering, still ruling the ring and there’s a lot of new girls that come in that really need to watch themselves. They can learn a lot too but you got to be able to keep up with me. I don’t go down to anybody’s level, you have to bring yourself up to my level. So everyone needs to be prepared, everyone needs to watch and need to work really hard. Harder than they’ve ever worked before and learn.”

The couple also discuss parenthood, how they’ve coped with Dave’s injury and their inspirations.

Watch the full video below:

What did you think of the interviews? Have you been enjoying the Davey/Angelina onscreen pairing? Would you like to see Angelina make a full time return to the Knockouts division? Let us know in the comments below!