Another Former Knockout Hints at Return 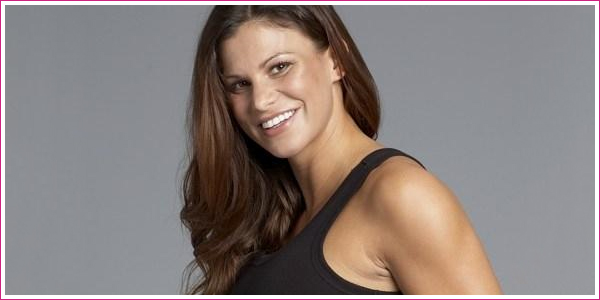 News of Angelina Love‘s return may still be giving you goosebumps, but how about two for the price of one? Another former Knockout has hinted at a possible TNA return — Jackie Haas. Writing in her ‘decade in review’ on her official website, Jackie writes:

And who knows, if the door of professional wrestling comes “a knockin’” once again (*hint hint*), I may just be answering.

Jackie, who is married to WWE Superstar Charlie Haas, made her last wrestling appearance for WWE at WrestleMania 25 last year. Prior to that she worked in TNA briefly before getting pregnant with the couple’s first child, and also worked for WWE after winning Tough Enough 2.

The jury’s out on whether Jackie can go in the ring, it’s been years since I’ve seen her wrestle but she’s definitely a beautiful girl and has a warmth to her that I think fans can get behind. If she were ever to go back to being a blonde, I could perhaps see her teamed with someone like Madison Rayne, also a girl next door type, in the sorely lacking Knockouts tag team division. Sort of like a babyface Beautiful People?

Jackie joined us for an interview last year on the Women of Wrestling Podcast. Click here to listen. Also check out NutritionMarket.com.