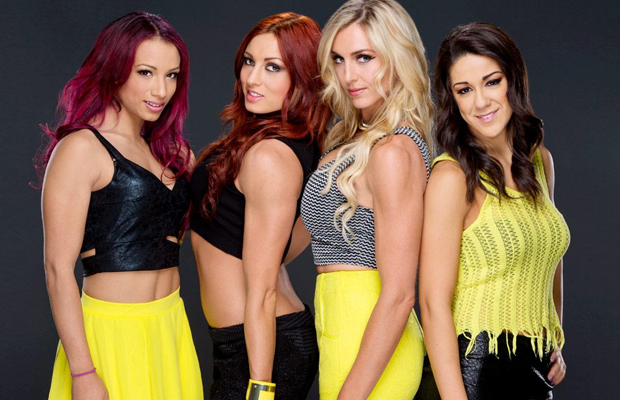 Bad news for those hoping to bring the Diva Revolution to WWE 2K16: Bayley, Becky Lynch, Charlotte and Sasha Banks won’t be playable in the game.

The announcement was made by 2K Sports on the game’s official website. In an official statement, they stressed their enthusiasm for the Divas and promised that future titles will strive to celebrate them even more:

With our final roster reveal this past Monday, it was awesome seeing the excitement for The New Day, Enzo and Cass, Mikey Whipwreck, and more. But it was clear that some in the community are frustrated by the lack of the newer Divas added to the main WWE roster recently.

We pushed as hard as we could to include Sasha Banks, Charlotte, Becky Lynch, and Bayley in WWE 2k16, but it simply did not work out for various reasons. While we are not divulging full details on WWE 2K16’s post-launch plans just yet, we can confirm that the Four Horsewomen will not be available as DLC.

We are proud to have and built the largest WWE roster to date featuring the most Divas ever. The WWE 2K16 disc includes all of the Divas on the main roster at the time we locked it in (13 playable in total).

We all agree the Divas Revolution is great for business and look forward to celebrating the Divas even more in future WWE 2K titles.

The roster, which was revealed in full on IGN over the past few weeks, didn’t include any of the Four Horsewomen, leading fans to speculate that they would be available in a future DLC pack. This statement appears to have been released to put that speculation to bed.

WWE 2K16 hits stores in North America on October 27th and in Europe on October 30th.