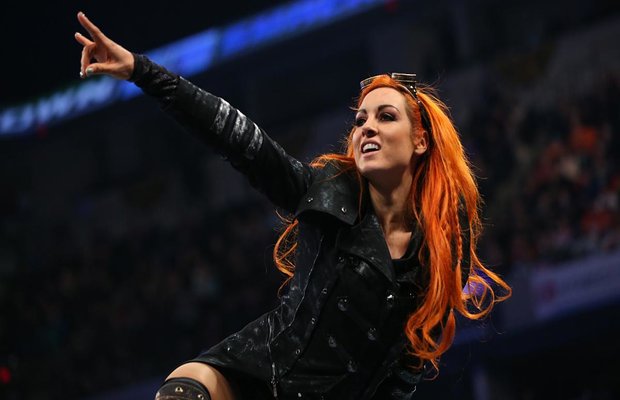 She discusses what it was like working her first Wrestlemania match, the importance of women’s wrestling in WWE, working with Eva Marie, being the face of SmackDown and more.

On the Women’s Revolution heading into WrestleMania 32: “For me, it was such a journey. Around WrestleMania, and speaking from my own personal experience, this is exactly how it should be. We should be headlining WrestleMania. We should be advertised on the side of AT&T Stadium. This was exactly what it was meant to be. This is what I have been working toward my whole life. I think I remember saying we were going to steal the show, and I think we did.”

On current changes in the division: “We now have multiple women storylines going on at one time. It’s not just, ‘Here is all the women. They all hate each other. They are all fighting and that is it. Now we have separate storylines going on. If you look at SmackDown, we’ve got Carmella and Natalya. We have me and Eva Marie. You have Alexa Bliss on that end of things. On Raw, you have Charlotte and Sasha Banks going for the title. You see Lana involved in her storyline. Maryse is there. There is a lot of focus on the women, which is what we wanted. It was not just necessarily, ‘There are lots of women, and now let’s have them have matches.’”

On the importance of women’s wrestling in WWE: “It’s about letting us go out there then and wrestle and tell stories and do things like that. That is what is happening. That is what is so exciting to me is I felt we had a big turnaround, especially after Royal Rumble when myself and Charlotte had that feud. It was something people could get behind because they saw mine and her journey. We were really friends, in real life the best of friends. So they could feel the betrayal and all of it. I think you started to see a big shift, and it’s just getting stronger and stronger. It’s just getting better and better.”

On leading the SmackDown women’s division and working with Eva Marie: “Eva Marie is so hard-working. Yes, she is new. She gets so much flack from fans for being this gorgeous woman who, apparently, they say can’t wrestle, but she puts in the hard work. I love working with talent like that. It’s a challenge for me, but I feel it’s a great spot for me to be in because I can be a leader. I really enjoy that. I remember when I was coming in and having someone to keep you calm and help you through helps. Then you build this confidence. It does help because maybe they don’t have that confidence at first, and you are able to bring them through to a good match. Then they come back, and they are so excited. I absolutely love that.”

On being separated from her 4HW peers after the draft: “Charlotte and I ate together. We traveled together. We stayed together. We trained together and did everything together. We were both in tears when we found out we would be apart. But it’s also been great because we are now all getting more opportunity. The locker room we have on SmackDown is just the most amazing girls. Everybody is sweet and gets along together, and we all want to work to make the show good. It’s sad we are not seeing everyone all the time, but we get together at SummerSlam and WrestleMania and other times.  Then those times it will mean more.”

On looking forward to SummerSlam: ”I’m excited for SummerSlam in Brooklyn. They are always a raucous bunch, but they always give a lot of energy. I’m really looking for that. I’m looking forward to seeing the NXT TakeOver as well. We have two women’s matches on there. So we will all be at that. It’s going to be a great weekend.”

What do you think the future holds for Becky in the division? Sound off in the comments below.