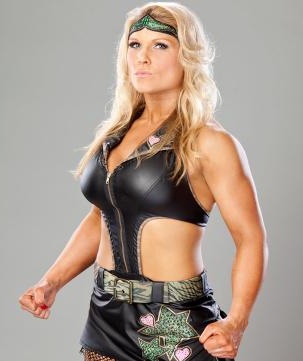 As had been widely rumored over the past month, former WWE Women’s and Divas Champion Beth Phoenix has left WWE.

Beth was written off television on tonight’s episode of Raw in a storyline firing at the hands of Raw’s Managing Supervisor, Vickie Guerrero, but in reality it had been reported that Beth had handed in her notice and was looking to finish up with WWE at the end of October.

Phoenix finishes her WWE career with a victory over AJ Lee on tonight’s episode of Raw; after AJ scored a victory over her with a surprise roll-up, Guerrero restarted the match, allowing Phoenix to hit one last Glam Slam in her final match on Raw.

A one-time Divas Champion, three-time Women’s Champion and Slammy Award winner, Beth’s career with WWE started in 2006, and she quickly became one of the most dominant forces in the Divas division as The Glamazon.

Phoenix will no doubt go down in the history books as one of the most decorated and talented female performers in WWE history.