Breaking: Victoria Takes the Gloves Off on Benoit Claims & WWE 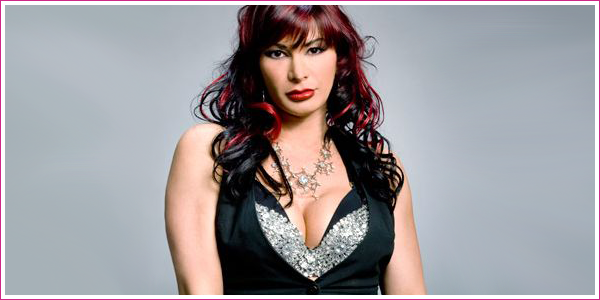 Yesterday, a really despicable story made it’s way online that we chose to steer clear from, that Lisa Marie Varon aka Victoria aka Tara was the ‘mistress’ of Chris Benoit at the time of his murder-suicide two years ago, this month. That story was enough to send the usually dignified new Knockout over the edge, as can be expected.

The claims in that story are incredibly damaging to not only Lisa, but to Benoit’s family who are probably already in so much pain two years after the fact. Lisa takes off the gloves in her public response to the claims in a new MySpace blog. Interestingly, she happens to think her former employer – WWE – may have had a hand in the situation:

I try not to respond to rumors. Itâ€™s a lose-lose situation. If you donâ€™t respond, it seems like you may be avoiding the rumor because it is true. If you deny it, you are bringing more attention to a lie. Well, in this case Iâ€™m gonna respond. A MySpace friend emailed me yesterday to let me know that a wrestling gossip website is claiming that they have an anonymous source or sources that say I was Chris Benoitâ€™s secret mistress at the time of his murder-suicide. First let me say, this is absolutely false. I invite the â€œreporterâ€ from that website to come to my home city, and I will submit myself to a polygraph. If this website is at all concerned with the truth, they should jump at the opportunity. But frankly, I think they are just concerned about sensational headlines, and couldnâ€™t care less about the facts behind it.

And the timing sure is conspicuous.Years after the event, but hours before my TNA wrestling debut. Could it be that a certain wrestling organization is concerned about what kind of impact that I will make in TNA? And what kind of coward would make such a powerful claim, and hide in the shadows of anonymity. Come forward. Legitimize your claim.

I have made every effort to move on and take the high road. The worst thing that I have said is that I wanted a different role. Believe me, in nine years with that organization, I have been aware of behavior so deviant that it would shock the devil himself. But as the old saying goes, the only thing certain about a mudslinging contest is that everyone gets dirty.

And finally, let me say this. To spread a lie like this hurts the survivors of a tragedy that already have gone through immeasurable suffering. Although it doesnâ€™t excuse his behavior, studies on Chris Benoitâ€™s brain after his death showed severe damage from years of wrestling-related injuries. That, mixed with mood and hormone altering drugs led to a horrible outcome. Before that, as we all have heard, he was very dedicated to his family. Donâ€™t drag these victims and their families through vicious lies for the sake of attempting to take the wind out of my sails.

Again, I think the website that first posted this should feel obligated to come out here and polygraph me. Stand by your story.

But in the end, all youâ€™ve done is hurt some innocent people with lies, and frankly, pissed me off, and motivated me to make TNA as good a product as I can.

We all know Lisa is an incredible performer but I think we’ve seen an incredible test of strength from this classy lady over the past couple of months, as she’s battled a lot of criticism in joining TNA and leaving WWE in her past. This most recent claim is not just insult to injury, I just don’t think the implications of such a rumour can be magnified in words.

If WWE or an associate of WWE really did have a hand in this, I think that just goes to show that there really are the lowest of lifeforms in any walk of life and in any career field, people who would stop at anything to fuck things up for others — even if it means hurting the already grieving family and friends of the deceased.

I did see the original report but like I say, we purposefully stayed away from reporting it. In the original report, a former Superstar is mentioned as corroborating the story. The story said something like ‘a recently released star with two K’s in his name’. I don’t know how true that is, but if it is, what a jerk-off.

All I can say is, I admire Lisa’s tenacity and her strength.