Brie Bella Talks Incident With Stephanie McMahon, How it Will Affect Nikki 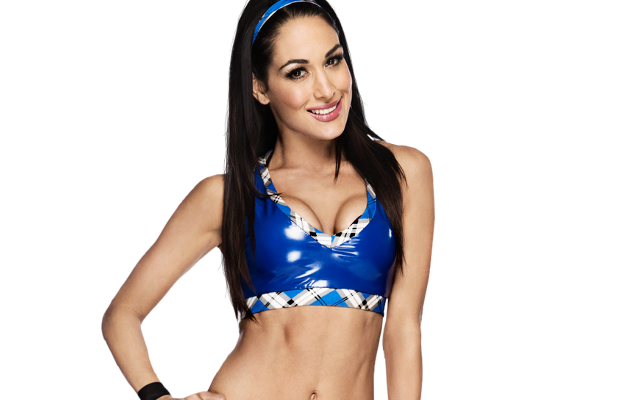 She made a surprise appearance on Raw, confronting Stephanie McMahon and eventually getting her arrested. Now, Brie Bella is talking to WWE.com about the incident, as well as what it means for her sister Nikki.

Why did she attend Raw on Monday?: “I’d been watching for a couple months now, every Monday night, and seeing my sister get tortured by Stephanie McMahon. I’d been seeing a lot of the Divas on the roster beat up on her, seeing them come together and taking her out, one by one. I just felt like, ‘You know what? I need to come. I need to support Nikki. I need to let everyone know that she isn’t on her own, that she does have me.’ I felt that if I was sitting front row, I’d give Nikki a little hope that she could do this, and that she isn’t defeated. So it was pretty much just me supporting my sister.”

What was going through her mind?: “Well, I figured it’d probably bother [Stephanie] that I was there. But I paid for a ticket, I’m sitting in the front row, I didn’t even go backstage because last time I did that she was so bothered by it. I figured, you know what? I’m gonna be the bigger person, I’m gonna go to my seat, watch Nikki’s match and take off. But [Stephanie] was so bothered I was there. I had no idea she was going to come out and have words with me, and just completely demolish me in front of everybody.

When she slapped me across the face … I can’t even explain the feeling I got inside. My blood rushed so quickly to my brain that I was just like, ‘It’s on.’ You want to destroy my husband, and now you want to destroy my sister? No. The lioness is coming out; these are the claws, and I will take you down.”

Not fearing the repercussions: “Oh, completely. The greatest thing is that I got to sit in the front row and just look at [Stephanie] while she kept talking and just be like, ‘Whatever, you b***h.’ I think everyone around me was shocked when I said that, but it’s like, what are you going to do? You gonna fire me? I don’t work for you, you can’t do anything to me.

What she was doing to Daniel [Bryan], her and Triple H, I sat there and bit my tongue for a very long time. All I kept seeing was this ungrateful, spoiled little brat taking her power out of control and just doing whatever she wanted, like a little bratty princess. And you know what? I don’t have to bite my tongue anymore! I do not have to bite my lip. I can sit there, look her straight in the face and tell her what a vindictive b***h she really is, and she knows it. And I feel bad that she has to wake up every morning, look in the mirror and know all the families she has destroyed. But guess what? You’re not going to destroy my family. Because now, it’s on.”

Fearing backlash against Nikki: “That’s the one thing I know I have to be careful about. My sister still has a job at WWE, and so does my husband. But it’s gone past that. Stephanie is truly lucky I don’t take this further and pursue a civil suit against her. And another thing is that it’s not done. I got a lot of satisfaction seeing Stephanie arrested, but I’m not here to say, ‘Ha-ha, I one-upped you.’ It’s not about that. It’s about Stephanie McMahon paying for every single thing she has done to my family. And I will make sure she pays. The way those handcuffs felt on her wrists on Monday, I hope she knows the pain she caused when she had my husband handcuffed and getting beat up all over the place. Every single pain she has caused my husband and my sister, she will feel it right back. And I promise you, I will make sure she does.”

Read the full interview on WWE.com.