Cameron Gets Her Own T-Shirt 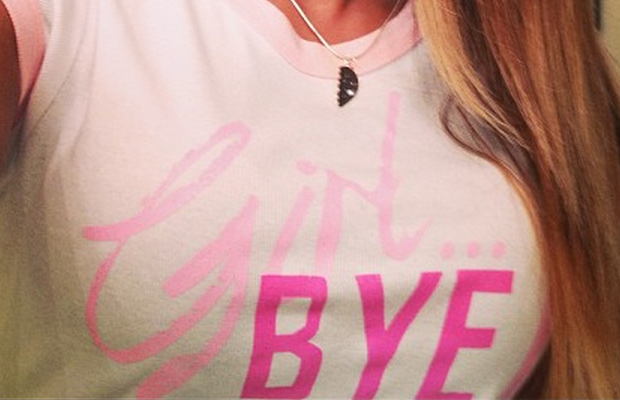 It looks like Cameron will be getting her own t-shirt!

The Funkadactyl turned Total Divas star posted an image of herself on Instagram in one of her brand new t-shirts, emblazoned with one of her popular catchphrases: “Girl… Bye”.

In the image’s caption, Cameron confirmed that the t-shirt is not official WWE merchandise, but will be soon available on her official website, Officially Ariane.

Let’s hope that this inspires WWE to release official Cameron apparel on WWE Shop! So far, WWE Divas Champion AJ Lee has her “Love Bites” t-shirt available for purchase and Kaitlyn has just had her first “8th Militia” shirt released.

What’s your verdict on Cameron’s new shirt? Is it “the bomb dot com” or “no no, boo boo!”?