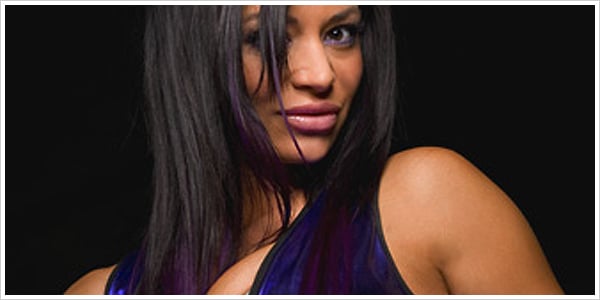 Candice Michelle could be making her second comeback of the year, in the next month, that is the word going round. Last week in his blog, Jim Ross mentioned that Candice would be seeing her doctor in two weeks and now according to the latest reports, Candice should be back on RAW within the next 4 weeks.

Candice was originally injured in October 2007, during a match with Beth Phoenix on RAW. She was then brought back in March of this year and primed for a spot on the WrestleMania card, only to be re-injured a week later.

To be really honest, I had totally forgotten that Candice was away. RAW has progressed at light speed in the months since WrestleMania and I really feel as though the new foursome of Beth, Katie Lea, Melina and Mickie James are the future of the women’s division. That said, Candice is one of the success stories of 2007; competent in the ring and she has her followers, I do think there is a little extra room for her on RAW. Hopefully, she will take a lesser role upon her return and work her way up to the top again. Candice could be complementary to Mickie and Melina on the face side of things, while Beth, Katie and Jillian act as heels.

What do you think? Is there space on RAW (and in your hearts) for Candice upon her return?