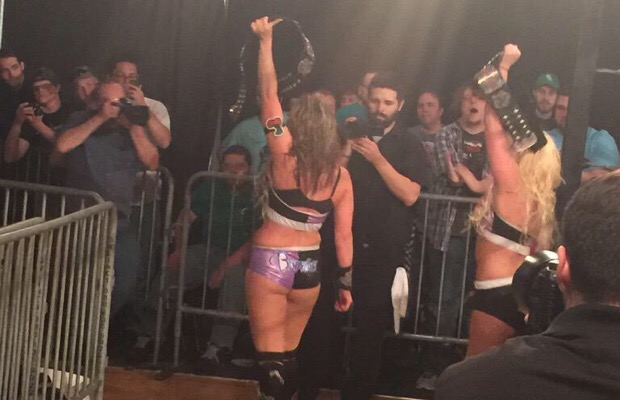 This bout served as a rematch from the teams’ Title vs. Title match at SHINE 26, which ended in a No Contest via double countout.

Skater and Nakagawa had held the belts for a record 728 days, their reign ending just as Tomoka approaches retirement. She closes out her career this weekend.