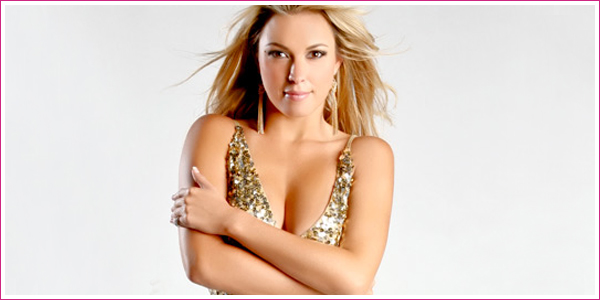 ECW Diva for all of three weeks, Courtney Taylor‘s WWE.com profile page has been removed.

Taylor took time off from WWE just as she was called up to the main roster and thus, lost her backstage interviewer spot to Savannah aka Angela Fong.

Fans of Courtney — real name Beverly Mullins — shouldn’t be in a hurry to rush to conclusions though, as it’s likely that because Savannah was called up in her spot, she has been moved back down to FCW. Taylor has been working FCW shows in the past month or so and is also a big favourite of John Lauirinaitis, WWE’s VP of Talent Relations.

If my theory is correct, more fool her. Not the best time to take a break and she’s found herself back at square one as a result. Courtney did a good job in the few weeks that she was present, she had a better first outing than Maria or Eve, who are now hugely popular. I think it just shows the downside of hiring ‘models’ who don’t necessarily ‘want it’ as much as ‘wrestlers’… but that’s a big ole can of worms that I won’t open today.