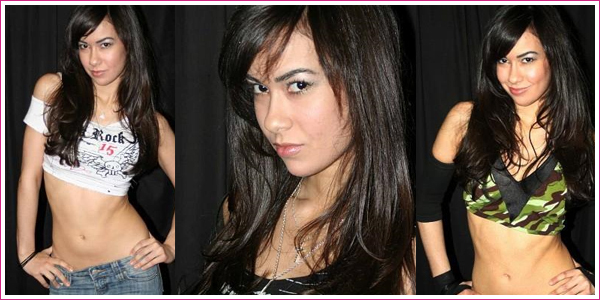 That newly signed Diva goes by the name of April Jeanette, also known by the ring name Miss April. Jeanette, a 22-year-old from New Jersey has previously worked for all-female promotion Women Superstars Uncensored, where she co-held their tag team titles.

Having checked out her MySpace, a quick glance shows that April clearly fits the Diva image, she sure is a pretty little thing.