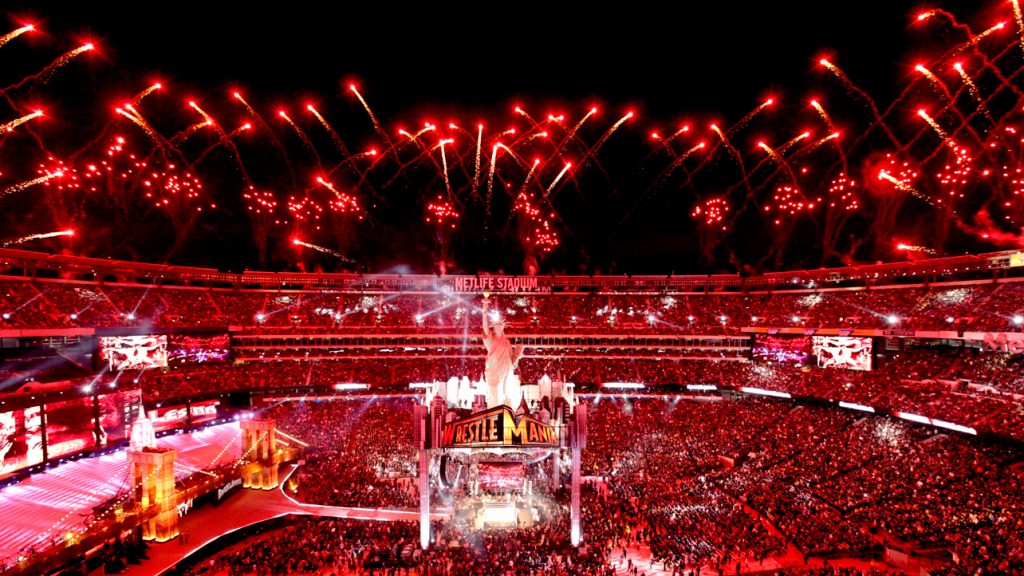 Diva Dirt Countdown is back! And this time around we’re doing things a little different. We will be presenting you with five of our picks and we want to see you guys sound off in the comments.

This week’s Countdown is all about the women who have made a mark, created a legacy but never made it to the grand stage of the WWE! All of the choices that seem to be too good to be true will happen here! Some may happen in the near future, you never know in wrestling!

While she is a trainer that is developing the future female Superstars, many fans would have loved the chance to see Sara Del Rey step foot in a WWE ring. She is unlike any woman in wrestling history. Her strength is a sight to see, and her extensive work with intergender wrestling could have easily taken the model Chyna established a run with it. Her impressive catalogue of work could do wonders with some of the talent in the WWE today. SDR vs Nikki Bella? Yes, please! SDR vs Bayley? Oh boy! The options for greatness with Del Rey as a wrestler could have been limitless.

With her wrestling future being uncertain, the past few years have showed what a major player Sexy Star is. The first season of Lucha Underground had Sexy play the role of the Femme Fatale. She was gutsy and her message was clear: through fighting any woman or man, she will prove girls kick ass too. Her list of showstopping performances could be considered another Countdown in it of itself. Nothing has proven to be as barrier-breaking than her No Mas match with Mariposa. She proven herself to be tough as nails and can carry main event angles with men and women. With a high flying moveset than has never really been seen by WWE audiences, Sexy’s star would shine brighter than ever.

The current SHIMMER Champion has a career most would dream of. She has wrestled all over the world and has dominated every ring she has ever stepped into. Her incredible three year run as WSU World Champion was a breath of fresh air, with wins over dozens of challengers in a variety of matches. Ladder matches, War Games, and a 73 minute war with Lexxus cemented Martinez as a pillar of the independent scene. Her promo skills are unmatched. She can and WILL sell into a match being must-see. Her moveset is a mix/tribute to her heroes Dean Malenko and Eddie Guerrero. She did wrestle a Sunday Night Heat match with Victoria many moons ago, but even that match showed why she belonged on such a stage. Martinez in WWE could have rivaled many of the male Superstars matches and promos. She’s just that damn good.

One of the most underrated talents in wrestling today is TNA’s Killer Queen. Her accolades are massive in TNA, making her one the best Knockouts ever. Five Knockout Title reigns, two Knockout Tag Team Title reigns, and won the Queen of the Knockouts at the 2014 edition of One Night Only: Knockouts Knockdown. Her feuds were stellar during her run. Her Killer Queen gimmick was fantastic, she drew massive amounts of heat through her promos and her streak of ending careers. She also is one of the OG’s of the Beautiful People, one of the greatest women’s groups ever. Her work in the indies is nothing to slouch at either, she was one-half of the inaugural SHIMMER Tag Team Champions. With an impressive arsenal and amazing characterization, Rayne would be an asset to the division.

The Greatest Of All Time. The Joshi Legend. No other woman in the history of the sport has a career as impressive as her.  Ten Five Star matches. Two-time Match of the Year winner. Most Outstanding Wrestler winner. A career spanning four decades, Toyota laid the blueprint for many of the women you see today. Her matches are legendary with a variety of opponents. A woman who earns the accolades over men speaks for itself. To this day, women have taken her moveset. The missile dropkick everyone uses , the octopus (Black Widow, anyone?), and her Toyota Roll is currently used by Sami Zayn. Toyota could be such an asset at this point in her career, imagine her working a Takeover. The Boss vs The G.O.A.T.? Asuka teaming with her? A match with Bayley? Toyota could give the women’s division a huge boost and a different direction with match presentation.

Do you agree with these picks? Do you think someone else should be in this top five? What would your top five be? Sound off in the comments and thanks for reading!