Wrestler of the Year: Gail Kim 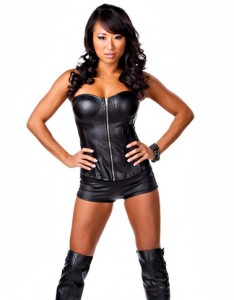 As the 2012 Writers’ Choice Awards come to an end, we crown a double award-winner in Gail Kim, who was not only voted Knockout of the Year, but takes the ultimate prize as Wrestler of the Year, too.

In 2012, the Diva Dirt writers agreed, there was no female wrestler that proved quite as formidable in the ring than Gail Kim, who in her first full year back in TNA, reached her fullest potential in the ring after three years of floundering on WWE’s roster.

While there have been some incredible wrestlers this year, who have proved their mettle in the ring with fantastic match after fantastic match — the names Jazz, Mercedes Martinez, and Ayako Hamada come to mind — making it hard for us to select just one wrestler to celebrate, Gail’s consistency throughout the year in TNA gave her the edge.

With a regular wrestling role on a weekly TV show, we saw Gail put on great matches on a near-weekly basis, easily becoming the MVP of the Knockouts division ring-wise, and we credit her with bringing a new level of competition to the TNA women by upping the quality of matches on both Impact Wrestling and pay per views over the course of 2012.

Gail proved to be a steady, reliable hand, able to take the likes of Tara and Mickie James to the limit, as well as bring the best out of less experienced wrestlers such as Madison Rayne, and especially Brooke Tessmacher.

From her dominant six month reign as champion, to consistently good matches in the latter half of 2012 (including a great match on the final Impact of 2012 just this past week), Gail Kim, like a fine wine, just seems to get better with age and 2012 was certainly her year.