Diva Version of The Hills Being Shopped to VH1 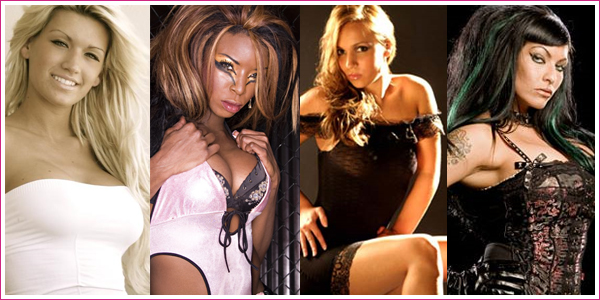 Our friends at the Wrestling Globe Newsletter are reporting that several women of wrestling are to star in their own version of The Hills. The project, which Shelly Martinez tweeted about on Friday night, will star the former Diva & Knockout along with new TNA Knockout Lacey Von Erich, Rhaka Khan [Trenesha Biggers] and more. Mike Aldren reports:

An independent film maker is shooting a soap-style wrestling show that will closely resemble MTV’s The Hills.

The main story of the first show is Lacey getting a job with TNA and some of the other girls are jealous leading to a lot of drama.

Khan also has a role talking about her recent real-life drama with Kurt Angle.

The girls shot a “fight” scene outside a bar Friday night in the South Bay region of Los Angeles.

They are hoping to pitch the project as a television series to VH-1.

Not mentioned in the above report is former WWE Diva, Lena Yada, who Martinez also mentioned in her tweet as being part of the project.

As a huge fan of The Hills, this project sounds really fun even if a little silly. Then again, who doesn’t love some ‘fluff television’ once in a while? So we have Lacey as the LC, Lizzy Valentine as Heidi… I kinda get Audrina vibes from Shelly Martinez. Lena seems like a ‘fresh faced’ type like Whitney. Rhaka Khan as uber-bitch Kristin Cavallari?

Big thank you to Mike for sending that our way. Be sure to subscribe to the Wrestling Globe Newsletter by sending a blank e-mail to [email protected].