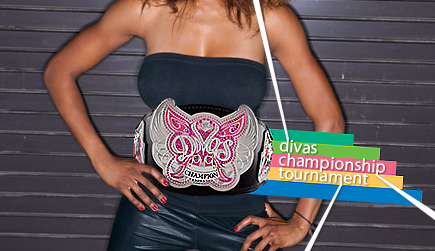 WWE has posted a blurb on their official website confirming that Melina has vacated the Divas Championship due to her injury at a house show last Tuesday night.

An 8-Diva tournament will begin tonight to crown a new champion. The tournament will likely consist of: Alicia Fox, Brie Bella, Eve Torres, Gail Kim, Jillian, Kelly Kelly, Maryse and Nikki Bella. Though they could also take the Bellas out and perhaps have Natalya in a qualifying match tonight [under Bret’s kayfabe orders] meanwhile, it’s expected that Katie Lea will be moving to Raw, so she could be the eigth woman.

Last week, we revealed that Melina has been called to attend tonight’s Raw in her final appearance as she goes off to tend to her injury.