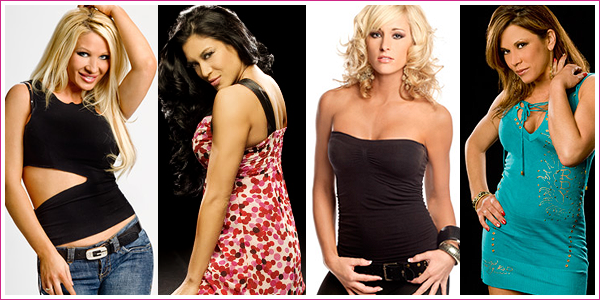 House show results from the past couple of days are in, with the new Divas rosters working for their new respective brands. House shows often share some indication of where WWE plans to go with television storylines, allowing Superstars to familiarise themselves with each other before TV tapings or pay per views.

For the Raw side, the house shows this week seem to be Jillian vs Melina. As we have discussed at length, the plan for television at the moment is for the two to feud over the Divas Championship. Melina defeated Jillian last night in Huntsville, Alabama.

Meanwhile, SmackDown left for Mexico after the taping on Tuesday night. The matches there are Michelle McCool vs Mickie James, which seems to be the logical feud for television also. Michelle beat Mickie in championship matches both on Thursday and Friday night in Monterrey and Puebla respectively.