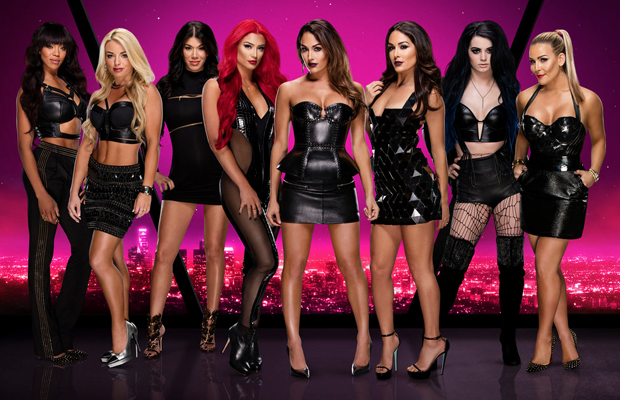 New details have emerged about the fifth season of Total Divas, a new press release and cast photo promising fresh drama for fans.

The press release teases tension between Brie and Nikki Bella, which is only worsened by Nikki’s injury. Brie starts to contemplate life after the WWE, while Nikki gets caught in a love triangle with her boyfriend John Cena and her former flame Dolph Zigger.

Also promised is the continuation of Eva Marie‘s training, despite her “constant polarization” from the Divas. Paige will finally come clean about her feelings about her engagement, while Rosa Mendes struggles with finding purpose in her professional life while pregnant. Alicia Fox will warily enter a new relationship, Natalya will battle with feelings of insecurity while being passed over by younger Divas and Mandy enters the fray and learns the importance of earning the respect of the fans and her fellow Divas.

LOS ANGELES – December 17, 2015 – E!, WWE® and Bunim-Murray Productions’ “Total Divas” returns for its explosive fifth season on Tuesday, January 19 at 9pm ET/PT. The Bella Twins (Nikki and Brie Bella), Eva Marie, Paige, Natalya (Nattie), Rosa Mendes, and Alicia Fox will continue to give viewers an exclusive glimpse outside the arena and inside life in the WWE spotlight. Joining the Divas this season is the young and beautiful Mandy, the runner-up on the most recent season of WWE Tough Enough®, who brings her own flavor to the already vibrant group. Now Mandy must prove she can hold her own amongst the veteran Divas in their highly competitive world.

This season, Brie has a lot of conflict with her sister Nikki as their lives and careers go in different directions. Brie and Nikki don’t see eye-to-eye on a huge business venture, and when Nikki gets injured during her final days as the WWE Divas Champion, it leaves The Bella Twins’ career in question. Brie has to contemplate her next career and life move, while Nikki wrestles with coming clean to her boyfriend, WWE Superstar John Cena®, about the romantic advances made towards her by her ex-boyfriend, WWE Superstar Dolph Ziggler®. This love triangle puts John and Nikki’s relationship to the test.

Eva Marie continues to thrive with her in-ring training, despite the constant polarization from the other Divas. Paige confesses her true feelings about the quick engagement to her fiancé. Rosa faces the challenge of finding purpose in her professional life while pregnant with her first child. Alicia warily ventures into a new romantic relationship. Nattie continues to work through the trials and tribulations of marriage while grappling with the feeling that the younger Divas’ careers are flourishing more than hers. Mandy comes into the division wide-eyed and eager to fit in, only to find out that in order to make it as a WWE Diva, you need to be much more than just a pretty face to earn the respect of your fellow performers and fans alike.

View a full-sized version of the new cast photo below: 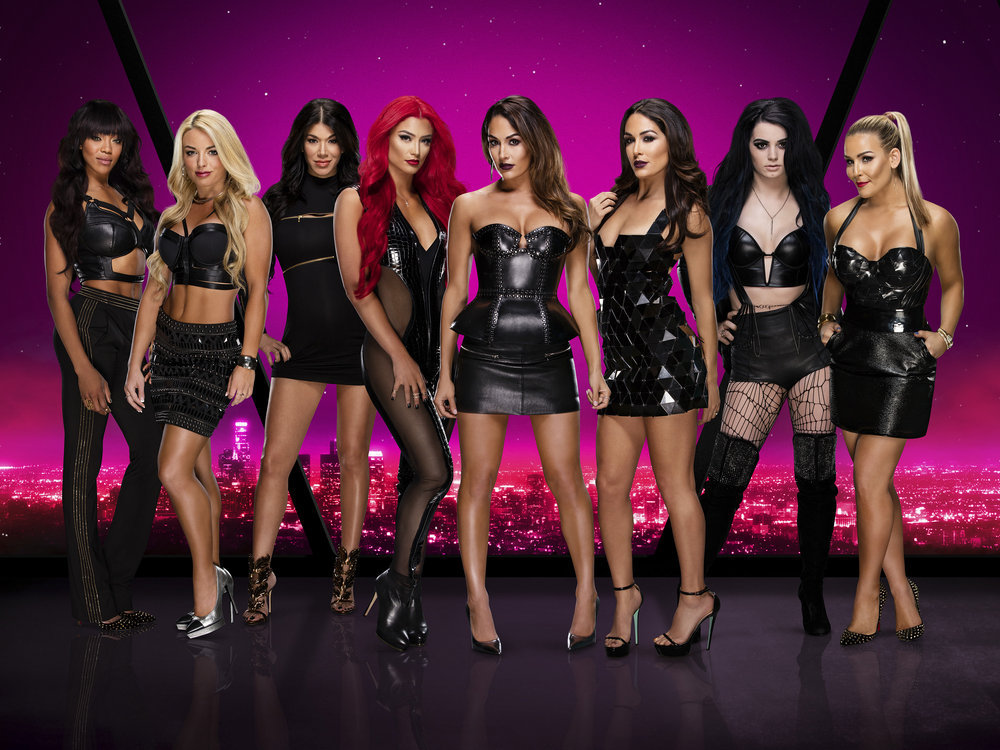