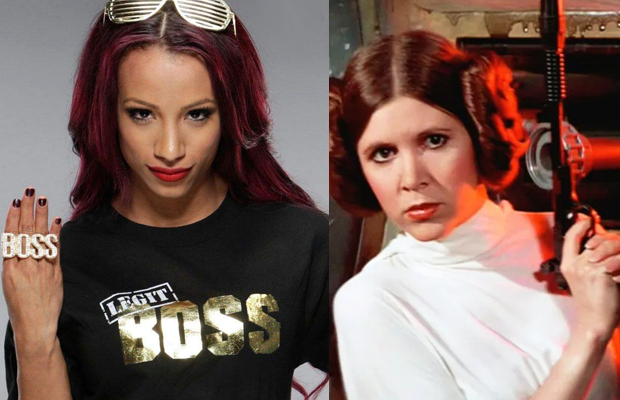 * Charlotte has the revealed the cover of her issue of Muscle & Fitness Hers, which goes on sale this Monday. (Instagram)

* Alicia Fox, Charlotte and Paige are among the WWE stars who share their favorite Christmas presents in a new WWE video. (YouTube)

* Renee Young has confirmed that she will be getting her first action figure soon. (Twitter)

* NXT has announced a live event tour for the midwest set for January. (WWE.com)

* WWE has posted a video showing Nikki Bella and John Cena on the red carpet at the Sisters premiere. (WWE.com)

* Sasha Banks and Tamina Snuka were among the WWE stars simulating helicopter piloting for WWE’s Tribute to the Troops special. (YouTube)

* Madison Rayne will be featured in the next Highspots “Diva Diaries” shoot video. (YouTube)

* Natalya and her father Jim “The Anvil” Neidhart will appear on a future episode of Chris Jericho’s Talk is Jericho podcast. (Twitter)

* The WWE has posted a video of the Total Divas cast hosting a Be a STAR rally in Jacksonville last week. (YouTube)

* In a new video, Lana lobbies for Rusev to win the Superstar of the Year Slammy. (YouTube)