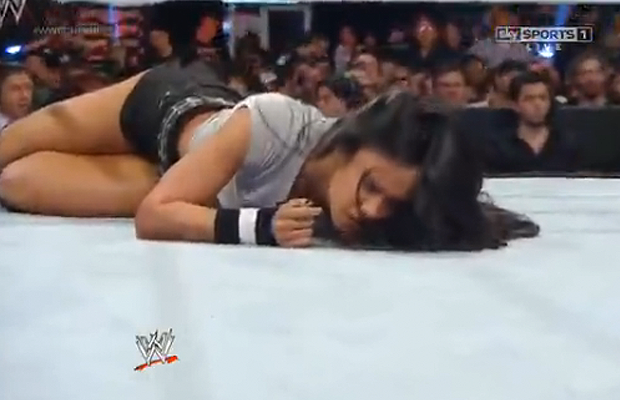 Divas Champion AJ Lee had an impromptu defense of her title tonight at Elimination Chamber, putting it on the line against Cameron.

The match, which wasn’t on the official card, saw AJ narrowly escape losing her title after Tamina Snuka accidently hit her with a superkick.

Tamina rectified her mistake by clotheslining Cameron, getting AJ disqualified but allowing her to hold on to the title. Nevertheless, it wasn’t enough for her to escape a cold stare from AJ after the match.