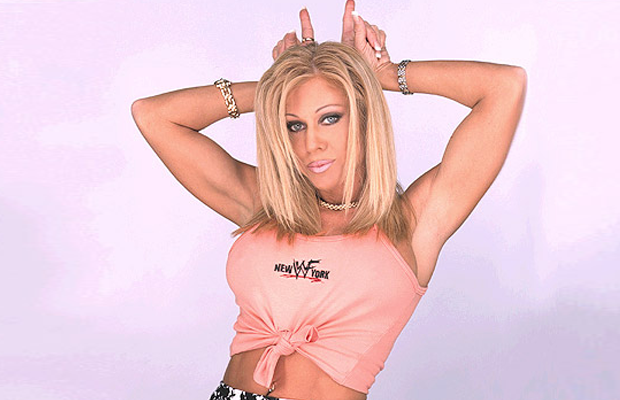 Terri Runnels may have not seen much action inside the ring, but she certainly made her mark outside of it.

A legendary wrestling manager in both WCW and WWE, Terri was an indispensable asset for wrestlers like Goldust, Val Venis, The Hardy Boyz, Perry Saturn and more. Her skills even inspired the Terri Invitational Tournament in 1999, tag teams competing to win her managerial services.

She also pioneered the all-women stable, joining forces with Jacqueline and Ryan Shamrock to form the Pretty Mean Sisters.

In an exclusive interview with Diva Dirt’s Chris and Jake, Terri talks about her early days in the wrestling business, which saw her start out in WCW and make her way to the WWE.

She also discusses this Saturday’s historic Women in Wrestling Fan Expo, the first wrestling convention of its kind. Terri will be joined by the likes of Lita, Trish Stratus, Victoria, Ivory and more for signings, photo ops and a special “Lasting Legacy” Hall of Fame-style event, which will honor some of women’s wrestling’s biggest names.

All of that, plus her thoughts on competing in the ring, winning the WWE’s Hardcore Title, the WWE Network, her charity work and much more in the interview below.