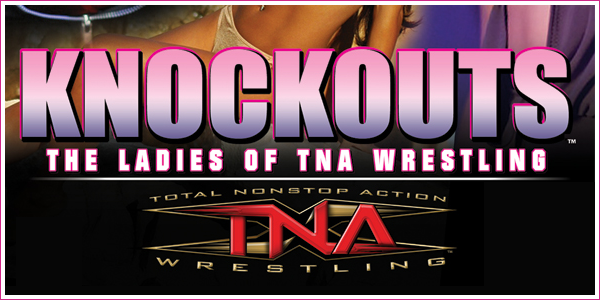 With a growing Knockouts division, two sets of titles and multiple storylines at the same time, a two-hour time slot shared with the men is beginning to become a little bit cramped. Thinking back to the early days of the Knockouts division in 2007, there is a reason why the feud between Awesome Kong and Gail Kim is so highly regarded — it had time to grow by receiving ample amounts of attention and spanned two pay per views. The feud and matches between the two helped put the Knockouts division on the map and showed the mass audience what women’s wrestling could be. Fast forward to present day and it seems to me that the feuds in the division are often half-baked and nothing more than a series of matches or run-ins or backstage attacks. Where’s the scripting and storyline gone? Should TNA just be given a pass because they have good matches?

With more Knockouts utilised than ever before, it’s a competition for screen time and usually the slots given to the women on Impact are fought over. Thus, a lot of the times you’ll see feuds rotate from week to week but this doesn’t seem to be working. Going back to that earlier example, Kim vs Kong, at the time it was the sole storyline for the Knockouts and was able to have consistent time and effort put into it. Perhaps today, the TNA writers are trying to do too much despite having too little time. Many times, feuds have just come out of no where and ended abruptly — Alissa Flash vs Hamada is one example. But even then, the bigger feuds such as Kong vs Tara if you think back, was nothing more than a series of run-ins and attacks with little explanation for the animosity between them, and no real dialogue or emotions being told in storyline.

The launch of a second set of titles means that the Knockouts are stretched pretty thin for the TV time and though they are made good use of on Impact, it just doesn’t seem to be doing them any favours in the long term.

With the Hulk Hogan era now underway, it seems the time devoted to the girls may decrease while the numbers within the division continue to expand as TNA is always on the lookout for new talent. Is it time for a Knockouts-only TV show?

The proposed Knockouts show has been discussed in the past in TNA but has never come to fruition. After contract discussions with Spike, the company is now allowed to option new shows to other networks which could allow TNA to create/market new shows rather than be limited to Spike. Coupled with the promising ratings for the New Year’s Knockout Eve show on December 31st, this seems like a good an opportunity as any to revisit the idea.

There’s upsides to be had for all parties concerned too. From a fan’s standpoint, a Knockouts-only show would give us more Knockouts action on a weekly basis without having time constraints like on Impact. Unlike WWE, it isn’t as though TNA considers the Knockouts an afterthought — we do get multiple feuds at the same time but they just aren’t accomodated enough. A one-hour weekly show would give those two to three feuds the time they need to develop from week-to-week and result in novel-like storylines with twists and turns that can engage the viewer. The other upside here is that we get longer matches of a higher caliber. Monday’s episode of Impact is proof that given the time, the Knockouts division can hit a home-run; imagine a fun 15 minute bout as a main event every week!

For TNA and whoever they partner with, preferably Spike, all they have to do is take a look at the ratings for New Year’s Knockout Eve and be encouraged. A 0.8 rating is just two tenths below what an average episode of Impact draws and bear in mind this was a women’s show, which hasn’t been done before and therefore is a risk, and also the episode aired on New Year’s Eve. Based on that, there’s a likelihood that a Knockouts show would draw the same amount of viewers as the New Year’s Eve show, perhaps even more. As the show wouldn’t be the mothership like Impact, it’s okay if it averages around a 0.8, though a 1.0 would be preferred.

As for ideas when the show could air, if Impact does indeed move to Monday nights at 8pm, I’d propose having a Knockouts show take it’s Thursday at 9pm slot, perhaps leading into a replay of Impact at 10. The slot has worked for TNA thus far and should Impact move to Mondays, why give it up? If the Monday move doesn’t occur, you could always have the show air after Impact at 11pm on Thursday nights — not ideal but an Impact lead-in would surely help.

As mentioned earlier, TNA is always looking for new talent and giving the girls their own one-hour show should prompt the company to seek more girls to flesh out their division — particularly the tag title picture, which is a plus in my book.

The only downside that I can think of would be the lack of Knockouts on the flagship Impact, though a Knockouts series doesn’t necessarily have to mean the end of girls on Impact. As the flagship show that is ‘competing’ with WWE, you’d want to have a little flavour of everything to combat the competition and the Knockouts should still be part of the show but perhaps in a lesser capacity with one short match every episode as seems to be the case going forward anyway.

2010 has begun as a year of change for wrestling and I say, start as you mean to go on. Why not make some more history?

Should we get a Knockouts show? Discuss in the comments.