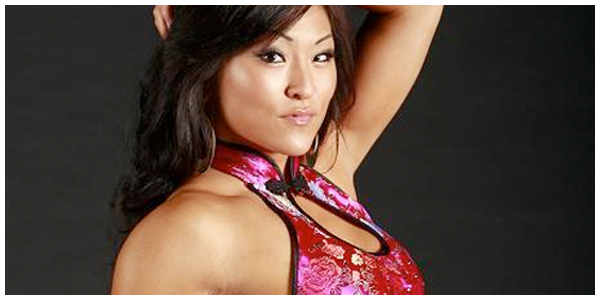 Former WWE Diva, Angela Fong aka Savannah, revealed that she was offered a tryout with TNA last October but had to decline.

Writing on her Twitter page, Fong responded to a question regarding whether she had any interest in going to TNA. She said:

I was offered a tryout in Oct, but I had to respectfully decline. I was so busy at the time that I wouldn’t be able to commit fully… but never say never! You never know for the future.

Responding to Angela’s tweet, current Knockout Tara revealed that she had recommended Fong to TNA management.

Tara also recommended Katie Lea to the company, who following a successful tryout, is now Winter in TNA.

Thoughts: Angela was one of the most exciting prospects to come out of WWE’s developmental territory, FCW. It’s a shame that WWE never utilised her as a wrestler. Here’s hoping that things can work out with TNA one day.