‘Legacy Award’ Exclusive: A Salute to Trish Stratus in the Words of Her Peers 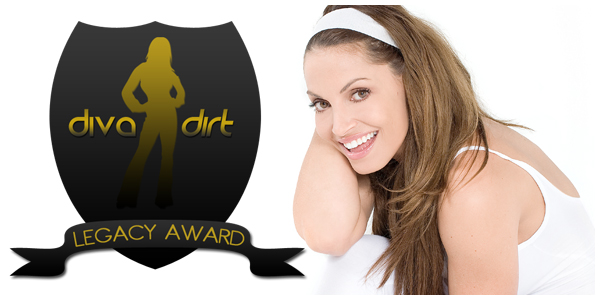 Last year, we announced the launch of the Diva Dirt Legacy Award, an annual prize that will honor the career achievements and legacies left behind by some of the industry’s finest female talents. Launched in conjunction with the Female Fight League, our first recipient was none other than the multi-talented 7-time Women’s Champion, Trish Stratus.

From her hard work in the ring, to her charm and charisma, her connection with the fans, as well as her shrewd business nature, Trish was — as good ol’ JR used to put it — the quintessential Diva during her seven years with WWE. No female in this industry has able to market themselves quite like Trish, who remains a hot commodity despite retiring nearly five years ago.

While we tip our hats to Trish by honoring her with this award, a few of Trish’s friends and colleagues wanted to join the celebration too!

Three-time Women’s Champion, the Glamazon Beth Phoenix has had the distinction of working with Trish in both of her post-retirement matches on Raw. Commenting to Diva Dirt, Beth said: “Trish Stratus began her early training with a great teacher, Ron Hutchison, out of Toronto. I worked for many years for Ron and admired greatly how far Trish came, but even more how far she took the Divas division.”

“She was committed to stepping up and making the Divas an anticipated and respected part of the show,” adds Phoenix. “Trish, alongside great, talented women like Lita, Chyna, Molly Holly, Ivory and Jacqueline and others opened the doors for us ladies today. Congratulations Trish! You earned it!”

One Diva who not only shares a Canadian connection with Trish, but also looks up to her is third-generation star, Natalya. Though born into the wrestling business, Natalya cites Trish as one of her inspirations. She is now the top-ranking Diva in WWE, with the Divas Championship around her waist. “Trish Stratus is proof that if you fight hard enough for something you believe in, your dreams will come true. Although I was born into a family of amazing wrestlers, it wasn’t always my family who inspired me to want to be a Diva.”

“[It was] Trish Stratus who made me want to be bold, bright and beautiful in the ring. I think every girl that wanted to ‘wrestle’, secretly desired to have that sparkle that Trish had. I only had men to look up to, and Trish made me see everything in a different light… a Diva light,” Natalya continues.

In 2006, Diva fans were captured by one feud. This months-long storyline became a benchmark of sorts for all that would come. Of course, we are talking about Trish’s feud with now-TNA Knockout, Mickie James. Then just a sprightly newcomer, Mickie herself has gone onto become one of the most popular females in the industry and is 5-time Women’s Champion, the most of any Diva — only second to Trish.

“It was not only an honor to share some very special moments with Trish in the ring, but she is one of the kindest, genuine people I’ve ever had the pleasure to know,” said James.

“We all make our own legacy in this life and her achievements [have] paved the way for generations to come. The memories we’ve shared in and out of the ring, I’ll cherish them for a lifetime.”

“Congratulations, sweetheart! You truly deserve it!”

Thank you to Beth, Natalya and Mickie for sharing their comments.

Stay tuned for the first look at the Legacy Award later this week.