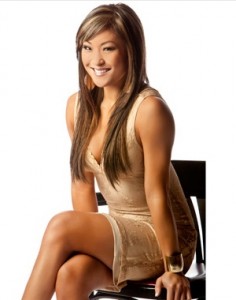 Former WWE Diva Angela Fong, known in the company as Savannah, revealed on Twitter that she’s taking part in the motion capturing process for the new WWE video game.

Angela is working for THQ, being motion captured for WWE ’13 which is due for release later this year.

So excited!! Doing motion capture for WWE 13 video game today! Can’t wait to get back in the ring! :)

Angela was one of the standout Divas in FCW but sadly never got to show what she could do on WWE television, instead serving as a backstage interviewer and ring announcer.

– Listen to our exclusive interview with Angela