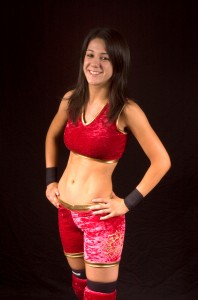 California native Davina Rose and ROH Academy graduate Veda Scott are the two newest wrestlers added to the list of announced talent for the SHIMMER tapings on March 17 and 18.

The protegé of Serena Deeb, Davina made her debut at the previous set of tapings, mixing it up with the likes of Mercedes Martinez, Kellie Skater, Portia Perez and Nicole Matthews. By all reports, she made quite the impression in-ring, and is a welcome addition to volumes 45-48.

Veda Scott is the newest product of the ROH/SHIMMER training program underneath Delirious and Daizee Haze and has been honing her craft by taking many independent bookings around the country. She made her main show debut on volume 44 in a match against Taylor Made, after appearing on SHIMMER’s pre-show SPARKLE prior to volume 41.

We’ve got lots of Ice Ribbon news for you in today’s News in Brief. The company, which is going strength for strength, have been holding a lot of excellent shows lately.

Several matches have been added to the big Ice Ribbon show that will take place on March 20 at Japan’s famous Korakuen Hall in Suidobashi.

Already scheduled for the show is Hamuko Hoshi and Kayoko Haruyama vs. Mochi Miyagi and Nana Kawasa, the big tag match where Tsukasa Fujimoto and Tsukushi will put their International Ribbon Tag Team Championships on the line against Manami Toyota and Kurumi (who rightfully earned her spot in the match via a tournament), and Hikaru Shida defending her ICEx60 Championship versus Aoi Kizuki. 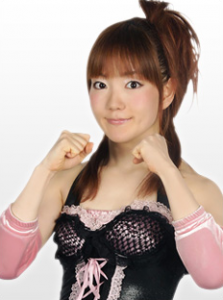 These announcements come after Ice Ribbon’s New Aisuhiro #370 (which was originally scheduled to take place on February 20, thus why their February 25 show was named #371) event on February 29, which saw Aiger win the Triangle Ribbon Championship from Miyako Matsumoto in a match that also included Neko Nitta.

19 O’Clock Pro Wrestling #107 took place on March 2. Check out the results below:

Ice Ribbon also held their ‘Teens 4’ event on March 3 – an event promoted by the younger members of their roster – in front of a crowd of 130 people at the Warabi Dojo in Saitama:

Moon Mizuki, who was set to face Dorami Nagano, was forced to miss the show after suffering an injury to her right knee. Kurumi pulled double-duty to make up for this loss.

A preliminary bout has been added to the nCw Femmes Fatales VIII card on March 10.

That match will be a four way dance between Anna Minoushka, Milouu, Mary Lee Rose (to be accompanied by Mademoiselle Rachelle) and Missy.

To take place prior to the show, these four Quebec women are out to impress Femmes Fatales management and hope to score a return to the main show (or a debut in Milouu’s case).

On March 2, for CMLL at the Arena Mexico, in front of 12,000 rabid fans, Marcela defeated CMLL Femenil Champion Ayumi Kurihara in a non-title Lightning match. After the bout, she challenged her for a shot at her title, which was accepted. 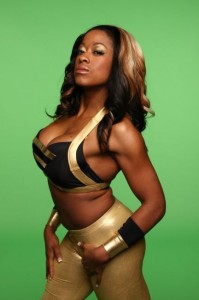 The match was said to have featured a “series of horribly blown spots between OVW Women’s Champion Taeler Hendrix and CJ Lane”.

Also on March 3, but this time all the way across the pond in St Neots, Cambridgeshire for SWE, Nikki Storm forced Erin Angel to tap out to a deep half Boston Crab.

Angel overshot on a moonsault and landed on her knees – an miss-step Storm took advantage of straight away.

Australia’s first-ever all-women’s promotion, PWWA, who put on an excellent return show in September 2011, have announced an upcoming tournament.

Although the Facebook post doesn’t offer many details just yet – given PWWA’s past shows, we’re sure it’ll be a doozy.

Congratulations go out to former ECW star Francine Fournier, who recently gave birth to her second child – a boy! – at the end of February.

The boy has been named Connor Joseph.