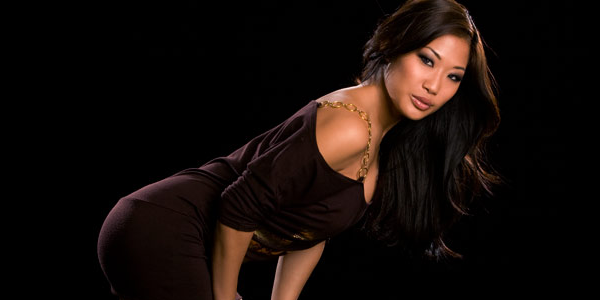 Former WWE Diva Lena Yada has announced that she is pregnant.

Lena’s husband, Disturbed lead vocalist David Draiman, broke the news on his Twitter account, with Lena then proceeding to tweet about the couple’s happy news herself. She said:

Thank U Every1 4 The Congrats & Well Wishes On @davidmdraiman & I’s Announcement On My Pregnancy! <3 Stay Tuned To See If It’s A Boy Or Girl

Lena has been primarily out of the wrestling business since her WWE release in November 2008. While in the WWE, she mostly appeared on ECW as a backstage interviewer. She did win her one and only match, though, coming out on the winning end of a 16-Diva tag match on RAW in late 2008.

She made a brief appearance on the independent scene in June 2009, defeating Christina Von Eerie in a match in Pro Wrestling Revolution as part of ChickFight. You can purchase the match by clicking here.

Congrats to Lena and David!