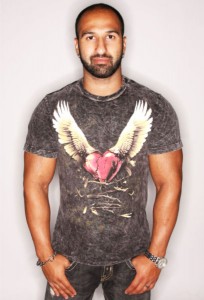 A match-up between former WWE Divas Champions Melina and Jillian Hall is expected to take place February 4 at the Smart Araneta Coliseum in the Philippines for World Wrestling Fanexperience (WWFX). Former WWE and TNA superstar Shawn Daivari, who will also be at the event, commented on the match while speaking to The Phil Star and had some choice words for the state of WWE’s present women’s division.

He said: “They’re the very best in women’s wrestling today. It’s no secret that WWE women’s wrestling has become awful. With the exception of [Beth] Phoenix and Nattie Neidhart, all the girls are models who attempt to become wrestlers. And they’re all, at this point in their careers, terrible.”

“Melina and Jillian aren’t like that. They’re cut from the same mold as Beth and Nattie. They’re the very best at what they do and they happen to be beautiful. They aren’t beautiful women whom a wrestling promoter recruited to teach them enough to get by three minutes on TV as wrestlers. These girls are both very good. The WWE even hired Jillian to train future Divas because she was that good. I’m glad she declined because now she’s coming to Manila to tear down the house with another world champion in Melina and potentially, put on the best women’s match of the year and we’ve just begun the year.”

Agree? Disagree? Tell us in the comments!