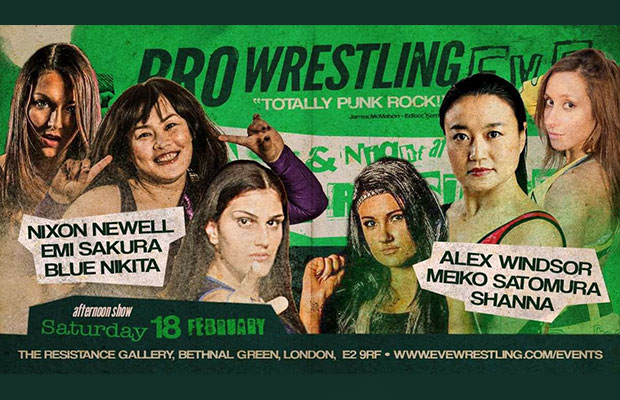 Pro Wrestling: EVE has concluded the evening portion of their “A Day & Night at The Resistance” show. Results from the afternoon portion of the show can be found here.

Full results below, courtesy of Diva Dirt’s Jack, who was on hand at the London show.

It was announced that later this year, EVE will introduce Tag Team Championships in a tournament.