Gail Kim Comments on Her WWE Status, Says WWE Won’t Let Her Out of Contract 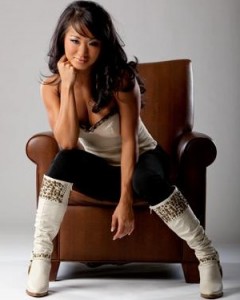 Gail Kim commented on her WWE status via Twitter tonight, revealing that WWE won’t let her out of her contract.

This is the current situation for everyone who’s asking: I quit last Monday and apparently after a total of 5 yrs of working for a company where I was not utilized or appreciated, I’m now, for some reason, valuable enough to keep me under the remainder of my contract so I can’t work elsewhere. Controlling? Thoughts?

Earlier today, it was reported that WWE hoped to smooth things over with Gail.

Thoughts: Again, I can see an argument for both sides. Gail did act unprofessionally by walking out on the company and not honoring her deal, thus WWE is well within their rights to make her sit out the remainder of her contract. On the other hand, WWE never used her anyway and it isn’t a loss to their product to cut her loose. It does seem like they are just trying to ‘stick it to her’.

Personally, my honest opinion, as much as I sympathize with her, is that Gail probably would’ve had a better chance at getting what she wanted — an out from WWE — by requesting her release and pretending to play nice, rather than walking out. This mess, which could easily turn into a legal battle, could have been avoided. You get more bees with honey.