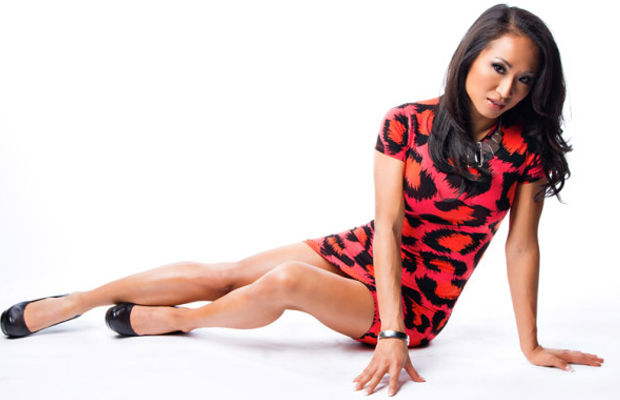 Gail Kim recently opened up on Lei’D Tapa‘s TNA departure in an interview with Smartasses Radio.

She laid some of the blame for the split on Tapa’s lack of experience, comparing it to her first run with the WWE. She said:

“She’s a great girl. She has passion and she has determination. She honestly was just very inexperienced. She only had three years of experience under her belt and it just wasn’t enough right now. I had two years of experience when I got hired by WWE and I got fired, and that was the best thing that ever happened to me. I didn’t know it at that time, but it just motivated me even more and I think she’s the same type of person that’s going to go out and get better. She just needs more experience and I don’t see this pulling her down in any way. All of us are rooting for her because we all loved her. She has such a great look, such a great presence, and she’s got it in her blood. I have no doubt that she’s going to be a big star one day. It just takes time.”

Gail went on to elaborate on the importance of having experience, saying:

“Wrestling is an art. I’ve been wrestling now for 14 years or so, and I’ve told her that for me to feel totally confident to where I could lead in the ring and give it my all and be a veteran, it took me eight solid years. People don’t realize how much time it can take, and I’m still learning every day. I don’t want people to be discouraged; a lot of people make assumptions when people are gone. Just remember that nobody really knows what’s going on behind the scenes. I just think that things happen for a reason, and she’s such a good human being that I really feel like good things will happen for her.”

You can read the full interview, which features more of Gail’s insight on TNA, on Smartasses Radio.