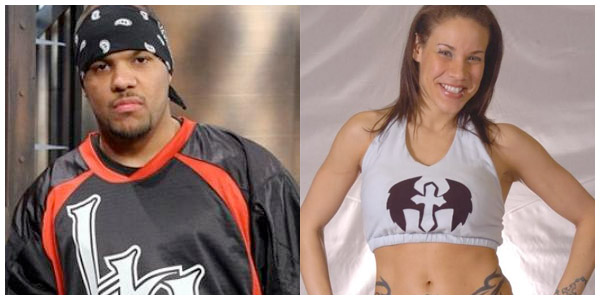 Former ROH and TNA wrestler, Homicide will challenge WSU World Champion, Mercedes Martinez to a match when he appears at WSU’s Internet pay per view next month.

WSU had previously been teasing that Homicide would appear at the all-female promotion’s iPPV on November 6th to make a challenge. We can reveal that his eyes are set on Martinez, who ranked #3 on the PWI Female 50 for 2010 and is considered one of the elite female wrestlers in North America today.

No word on when the match will take place, that is if Martinez accepts the challenge.

Thoughts: Homicide is considered one of the top male wrestlers in the northeast (New York, New Jersey), while Martinez is obviously the star attraction of WSU based out of New Jersey. Earlier this year, Alissa Flash (Cheerleader Melissa) took on male wrestler Joey Spector in a series of hard-hitting intergender matches in RCW based out of Texas. If this is anything like that feud, it has the makings of being an epic encounter.